Martina Navratilova would not be continuing as Agnieszka Radwanska’s consultant, after the veteran pullied out stating that the job demanded more time than she had thought and that was not only creating trouble for her, but, for the player as well.

The best thing for both parties was to part ways.

In a statement released by her agent, Navratilova was quoted as saying “I could not devote as much time as the role required me to and thus, the situation was getting improper. I initially thought I would manage, but it did not turn out to be that way. So, there was no option but to withdraw from it.”

Radwanska’s problem recently has been her tendency to get knocked out from the tournaments in the initial stages, and it has been a while since she entered the tournament as one of titanbet’s favourites.  The last tournament in which she had made it to the finals was at Wimbledon in 2012. 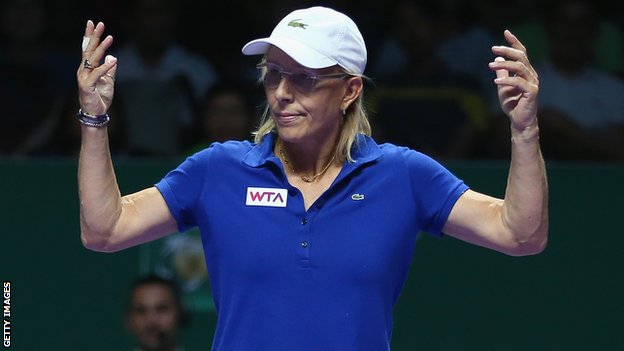 To sort the technical deficiencies in her game and get a little more consistent, she had opted for the services of Navratilova but, obviously, it did not work out in the manner she would have liked.

The Polish tennis star took to a social networking site yesterday to pay tribute to Navratilova for whatever effort she put in behind her.

That post of hers read, “I really enjoyed the time that I spent with Martina working on my game. I wanted the association to be much longer, but, it was hard for her to be totally committed to the job and thus, we decided to part ways. She is an absolute legend of the game and the insight that she has provided me will be of great use.”

Nobody has won more major trophies than Navratilova in the history of the game if we take the singles and doubles category all into accounts together – she’s got more than 50 Slam titles to her name – so her expertise will be dearly missed by Radwanska.